Sign in now!
Category:
Default
Description:
The celebrity world is reeling over the death of beloved actor Chadwick Boseman, who succumbed to colon cancer on August 28, 2020, at the age of 43. The Black Panther star had essentially battled his illness in secret, so colleagues and fans were shocked to hear the heartbreaking news. His death has prompted an outpouring of support, with everyone from co-star and Oscar-winner Viola Davis to former President Barack Obama expressing condolences to his family and recalling memories with the powerful actor.

Boseman became a global superstar and inspiration to millions while also remaining a very private person. He was reportedly dating singer Taylor Simone Ledward for years, but his relationship was only confirmed when her grandmother spoke to InTouch magazine in 2018. In a statement released by his representatives this weekend, fans also learned for the first time that Boseman and Ledward had gotten married. Here's what we know about Boseman's relationship.

Boseman and Ledward were first spotted together in 2015, according to Page Six. Boseman had often referred to a "lady" in his life but the general public didn't know much about this mystery woman. His first headline-making sighting with Ledward happened in 2015 at the Los Angeles International Airport, according to E! News, but while the press wanted to know more, the star preferred to keep his private life under wraps.

Some had speculated that Boseman was dating Black Panther co-star Lupito Nyong'o, but a since-deleted Instagram post by someone who is reported to be Taylor Simone Ledward's sister attempted to put that rumor to rest, according to gossip site The Young, Black, and Fabulous. The post from March 2018 read,

"[Chadwick's] real life queen is gorgeous, and together they embody true love. Not to mention they would make some beautiful babies."

Ledward is a 2014 graduate of Cal Polytechnic University Pomona, where she majored in music industry studies and performed as lead singer of a jazz band. There was reportedly about a 14-year age difference between Ledward and Boseman.

When Ledward's grandmother confirmed the relationship in 2018, she told InTouch, quote, "She's very happy, and he is, too," noting that her granddaughter and Boseman "respect each other."

Ledward accompanied the actor to numerous red carpet events over the years, including the 2019 Screen Actors Guild Awards, where the stars of Black Panther won the award for outstanding performance by a cast in a motion picture. The couple was also photographed hand in hand during a 21 Bridges screening in New York in 2019. Finally, in March 2019, Boseman acknowledged his relationship with Ledward in a very public way.

While receiving the award for outstanding actor in a motion picture at the NAACP Image Awards for his performance in Black Panther, Boseman kissed Ledward before getting on stage and said a few words about her importance in his life. He said while accepting the award,

"Simone, you're with me every day. I have to acknowledge you right now. Love you."

In a clip from the NAACP Image Awards ceremony, you can see Ledward mouth "I love you" back to Boseman after his remarks.

According to MediaTakeOut, Boseman and Ledward got engaged in October 2019, after about four years of dating. Boseman was reportedly planning to propose in 2020 but just couldn't wait to pop the question, and got down on one knee on a date night in Malibu.

After that, the star and his partner made more public appearances together, and Ledward appeared to be wearing a ring on numerous occasions. One of their last documented high-profile appearances together was sitting courtside at the NBA All-Star Game in February 2020.

They are thought to have married in private in the months prior to Boseman's death, according to the Daily Mail. Per a statement released following Boseman's passing, Ledward and the rest of the actor's loved ones are mourning in private at this time. The statement read, in part,

"The family thanks you for your love and prayers and asks that you continue to respect their privacy during this difficult time."

Our thoughts are with all those grieving Boseman's passing.

Read full article: https://www.nickiswift.com/241518/chadwick-bosemans-family-revealed-that-he-got-married-before-his-death/
You must login to be able to comment on videos
Reply

0:34:44
These Medical Professionals Have A Different Take On COVID-19
Category: Health
205 Views 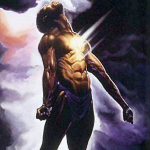